With the Stanley Cup and NBA Finals all wrapped up, here are some more sports themed stage productions. 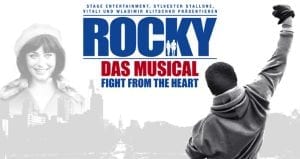 Rocky the Musical (originally Rocky: Das Musical) is a 2012 musical with music and lyrics by Stephen Flaherty and Lynn Ahrens, with a book by Thomas Meehan, adapted from a screenplay by Sylvester Stallone. The show held its world premiere in Hamburg in 2012 and opened on Broadway on March 4, 2014 at the Winter Garden Theatre and closed on August 17, 2014 after 28 previews and 188 performances. The show roughly follows the plot of the 1976 film Rocky.  The show featured 20 original songs, with additional music taken from the original film series including “Eye of the Tiger” and “Gonna Fly Now”.

The show’s set, which for Broadway cost $4.3 million, is set around a mostly bare stage which represents the Gym that Rocky trains in. The production uses sliding box like sets to represent the homes of the characters and the sliding element goes onto include a full sized regulation boxing ring.  Audience members seated within the front stalls Golden Circle seating section, are escorted onto the stage for the final 20 minutes to sit on bleacher style seats, in doing so this allows the boxing ring to enter the auditorium and sit in rows A-F, bringing the audience close to the final fight scene.  The production did win a Tony Award for Set Design.

Lombardi is a play by Eric Simonson, based on the book When Pride Still Mattered: A Life of Vince Lombardi by Pulitzer Prize-winning author David Maraniss.  I’ve read the book.  Unbelievable life.

The play follows Green Bay Packers coach Vince Lombardi through a week in the 1965 NFL season as he attempts to lead his team to the championship. (The Packers won the NFL championship that year, which would be the last season before the introduction of the Super Bowl.) A “Look Magazine” reporter, Michael McCormick, wants to “find out what makes Lombardi win”. However, players on the team refuse to be interviewed, wary of giving up information. He goes instead to Lombardi’s wife, Marie, for answers. Meanwhile, in a flashback, Lombardi frets over his lack of promotion and contemplates quitting football. His wife reveals that the family had an emotional move to Green Bay, Wisconsin when Lombardi joined the Packers.

Lombardi ends up yelling at Michael in front of the team, prompting both to storm off. Linebacker and place kicker Dave Robinson comforts Michael at a local bar, sharing stories about his initial impressions of the coach, the “honor of being barked at” by Lombardi, and the equality established on the team. After more positive insight from running back, option quarterback and kicker Paul Hornung and fullback Jim Taylor, Michael decides to attend the next game. As he narrates what happened at the game, the Packers win.

After he writes his news story, Michael reveals to Lombardi that he is quitting “Look Magazine” to form his own publishing company. Lombardi congratulates him on his move to independence and celebrates the win with Michael and Marie. Michael realizes that Lombardi is “the most imperfect, perfect man” he ever met.

Lombardi officially premiered on Broadway at the Circle in the Square Theatre on October 21, 2010, after previews beginning on September 23. The creative team includes direction by Thomas Kail, sets by David Korins, costumes by Paul Tazewell, and lighting by Howell Binkley. This production is being produced by Tony Ponturo and Fran Kirmser. Lombardi closed on May 22, 2011, after 30 previews and 244 performances.

Due to the Packers winning Super Bowl XLV in 2011, their fourth Super Bowl but their second since Lombardi was head coach, the show’s producers were “hoping for a halo effect at the box office.”  Patrick Healy wrote in The New York Times: “The Packers’ victory on Sunday lent “Lombardi” plenty of visibility before and after the Fox broadcast of the game. One FOX commentator, Oakland/Los Angeles Raiders Hall of Fame defensive end Howie Long, who had seen the play, talked up the play before kickoff and during the postgame show he said, ‘I think Lombardi the play just got an extension on Broadway.’ ” Healy also wrote that the show had not recouped its $3 million investment, and while producer Tony Ponturo said that the show was scheduled to run until June 19, 2011, it ended its run early. Producers would not comment on whether or not the play had earned back its production budget.

The original Broadway cast included Dan Lauria as Vince Lombardi, Judith Light as Marie Lombardi, Keith Nobbs as Michael McCormick, Bill Dawes as Paul Hornung, Robert Christopher Riley as Dave Robinson, and Chris Sullivan as Jim Taylor. Light was nominated for a 2011 Tony Award for Best Performance by a Featured Actress in a Play for her performance in Lombardi.

The Changing Room is a 1971 play by David Storey, set in a men’s changing room before, during and after a rugby league football game. It premiered at the Royal Court Theatre on 9 November 1971, directed by Lindsay Anderson. The 1973 Broadway production, directed by Michael Rudman, won several awards including the New York Drama Critics’ Circle award for Best Play and the Tony Award for Best Featured Actor for John Lithgow.  After three previews, the Broadway production, directed by Michael Rudman, opened on 6 March 1973 at the Morosco Theatre, where it ran for 192 performances.

At the play’s core is a semi-pro Northern England rugby league team. During the week, its members are peaceable men toiling away at mindless, working class jobs. On Saturday, they prepare for gory combat on the playing field. The changing room is where they perform their pre-game initiation rites, strip down, loosen muscles, and get into their uniforms. After the match they return, often broken, muddy, and bloody, regretting their loss or giddy with victory in the communal shower. There is little in the way of plot, but Storey engages his audience with his ability to dissect his characters’ hurts, hopes, desires, and fighting instincts. 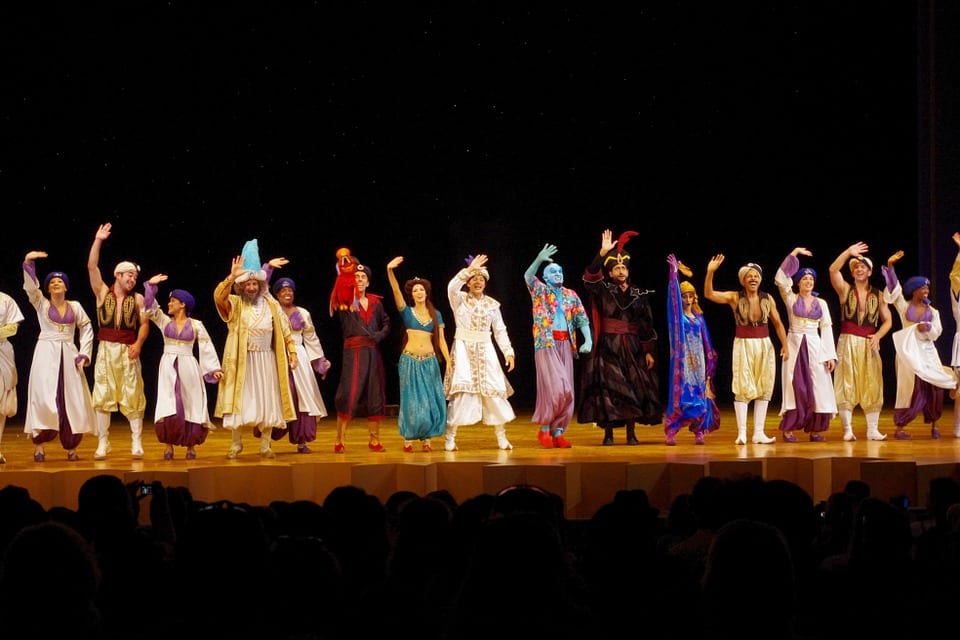 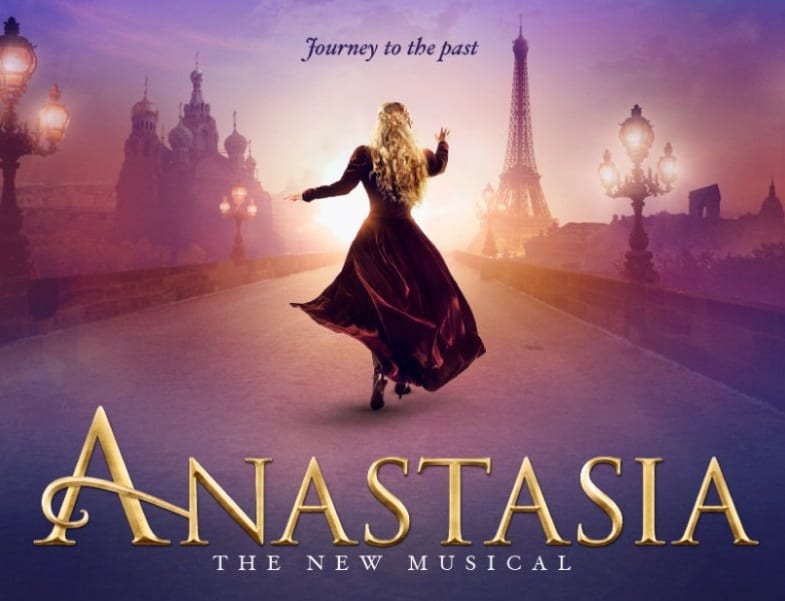 Thinking of your Actors
Deciding on a play depends on your strengths and weaknesses as a theater community. Sometimes the tell-tale signs of your next production can be evident through your actors’ strong suits. Make sure you have the right type of actors available to be matched with the right roles.

Accessing a Script
Be sure you have access to ordering scripts for your community. Are there enough scripts available for the production of your choice? Be sure that you’re choosing from plays that are accessible, and that you have the rights to get ahold of the script.

Look to your Inventory
Looking at the props you already have and the props you need to buy can help you decide on your next production. If you have a smaller budget, and it’s always helpful for theater communities to spend as little as possible, you can look at what you already own. You may not need to buy much if you have a good selection and you use a little creativity. 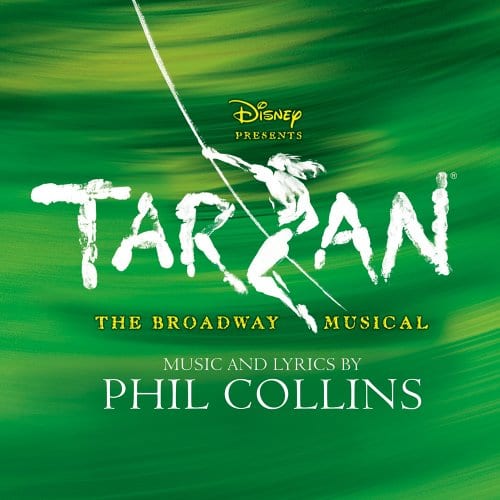 Time and Duration
Think about how much time each production will take to rehearse and choreograph. You need to think about time from the beginning of your first rehearsal to your last dress rehearsal. Be sure that the plays you’re considering all fall within your time frame for preparation.

Set Hands and Available Crew
Some productions take more help behind the scenes and backstage. Other productions require less stage help and more actors on stage. Every production is different, so being sure you have enough set hands and available help is something you’ll definitely want to think through before choosing a play.

Backdrops by Charles H. Stewart can provide you with the best quality backdrops for your productions. Visit our website to check out our inventory, and reach out to our staff with any questions.